You are here : Home » BMICE » Governance 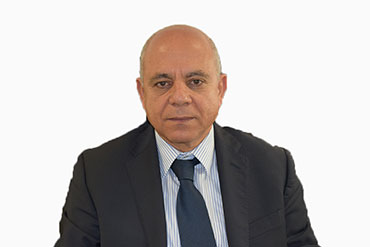 Noureddine Zekri is the  Managing Director of the Maghreb Bank of Investment and Foreign Trade (BMICE) since January 2016.

Graduated in Economics from the Faculty of Law, Economics and Politics of Tunis where he obtained a degree   in 1978,.

Noureddine Zekri has also pursued long term academic training in several areas, including the 2010-2011 training cycle of the Institut de Développement des Compétences des hauts cadres de l’Etat, at the National Administration School ;  a training course on "Project Management " attended  in Sweden in  English language as well as a  training program that benefited to   2000 project evaluators in 1983, under the auspices of the tunisian  Ministry of Planning and Finance along with  IBRD. He also worked in 1995 as an expert at UNIDO IPS Tokyo for the promotion of Japanese investments in Tunisia. In 2013, he was elected President of ANIMA, an euro-mediterranean network for investment and economic development.

Noureddine Zekri began his career at the Tunisian National Tourist Office (ONTT) during 2 years, then moved to  the Industrial Promotion Agency (API) where he spent 15 years, from 1980 to 1995,  assuming successively the positions of Head of Service in charge of SME development based in Sfax then  in Tunis, Assistant Director in charge of incentives management, and  subsequently became Head of the Promotion Department.

Between 1995 and 2005, he successively held the functions of Head Department, Director and Central Director of the Agency for the Promotion of Foreign Investment (FIPA) which he once again reintegrated as Director General  for 3 years from 2011 to 2013. Previously, Noureddine Zekri spent six years as  head of the Foreign Investment General Direction at the Ministry of Development and International Cooperation. His great experience have paid off  in December 2013 when he was appointed Secretary of State for Development, Investment and International Cooperation. Two years later, he was appointed Managing Director of the Maghreb Bank of Investment and Foreign Trade.

In his new role, Mr Zekri and his team in BMICE have the task to make the Maghreb   a more  integrated and competitive economic area.